Love all, trust a few, do wrong to none

Today is the anniversary of Shakespeare’s death (and possibly of his birth as well). Above is one of my favourite quotes (taken from All’s well that ends well). It could almost be a slogan for the last 18 month’s on the farm: Our remit is to love and care for everyone we come across, not everyone is trustworthy but everyone is worthy of love… with that as our aim we will do wrong to none (hopefully!) – what a philosophical way to start this update. 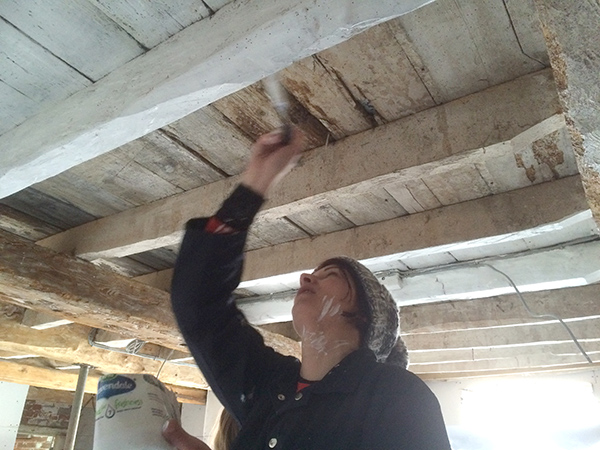 There have been times over the last year or so when it seemed like we might never get to this point. A year ago I was saying that we would be open in September. That slipped to being January (who’s crazy idea was that I wonder!). Finally we agreed on April and I am so pleased we did – sun shining (sometimes), warmer weather (slightly), a much better choice. We didn’t make a big fuss over our opening, we just got on with caring for people, but it was an amazing feeling to have reached that milestone in our on-going story. Rest assured, we will mark the opening with more of a ‘splash’ at some point in the summer. 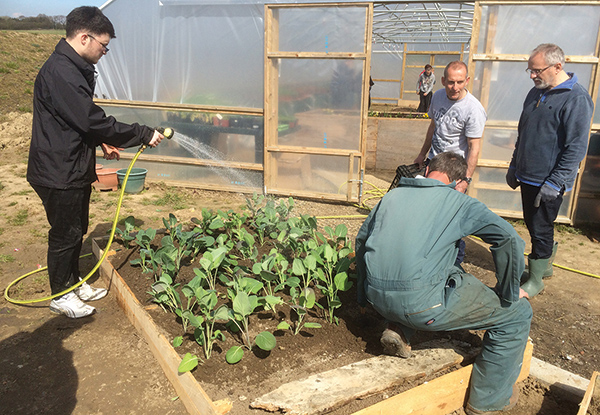 I can’t move on from talking about the opening without saying that we are really grateful to everyone who has contributed – with time, resources, advice and encouragement – to help us get where we are now. Thank you all.

The ‘Service-User Centre’ is well underway and it won’t be long before we can start using it as the main hub for the day’s activities. The building is almost unrecognisable from the dilapidated old stable it was 6 months ago. The ceiling is being painted – and some of the emulsion is actually going on the wood not just on the painters!

Planting is going really well. The polytunnel has been so successful we are now starting to plant some of the veg out into our newly built raised beds… in fact the polytunnel has been such a success that we have bought another one and the footings have already been dug (great news for everyone who was involved in that job last year!!).

Construction of the frame will start on Saturday 30 April. and if any of you used to play with meccano you’ll love this one. Think of it as a giant play house and everything will fall into place (especially with the wonderful Andrew G at the helm). I remember well the great feeling of achievement last year when we were constructing and erecting the huge skeleton… its not something you get the chance to do very often.

Lots of things get done when we have a workparty. Recently we have been insulating the walls of the service-user centre and then putting up plasterboard. We have created a herb garden and made and hung some new barn doors (see below). We have also consumed over 200 cups of tea and coffee, eaten over 60 bacon and sausage baps (thank you Den) and some of us have walked miles around the farm and experienced the developing nature trail.

Someone said to me recently “You have said a number of times that we can come along and just chat or have a cup of tea but I didn’t believe you. I thought I’d have to do some work. Now I’ve been along I realise that you meant it and there was no pressure on me to work at all.”

Please come along next weekend, we would really love to see you. Some of you will be able to help practically and some won’t but the fun is simply being together (I mean it). We look forward to seeing you on Saturday 30 April if you can make it.